Writing result-oriented ad copy is difficult, as it must appeal to, entice, and convince consumers to take action.

Meet the faces
behind the articles

On this page you can meet the authors of our blog, their career paths and discover all the articles they have written. Surprise yourself with the Nova SBE Executive Education community, composed not only by teachers, but also by students and companies!

Join Our Newsletter and Get the Latest
Posts to Your Inbox

Do you want to be part of this list of authors?

Join us! Send us your article suggestion or relevant or inspirational content about any of our areas of interest, and be part of the Nova SBE Executive Education community!

Writing for the blog

see articles
Anne-Laure Fayard holds the ERA Chair for Social Innovation @ NOVA School of Business and Economics and is Visiting Senior Fellow in the Department of Marketing @ London School of Economics.

see articles
Visiting Associate Professor at Nova SBE. António Marinho Torres is a global marketer and manager who developed a management career in leading companies in both fast moving consumer goods (Unilever and Cadbury) and technology (Nokia and Vistaprint). More recently he has focused his attention on technology start-ups, acting as consultant, marketing coordinator, board member and investor. Antonio has lived and worked in seven different countries, set up businesses in ten and managed global initiatives to expand the market for new technologies.

see articles
Catherine da Silveira joined Nova School of Business & Economics after 14 years of executive experience in different countries, first in L'Oreal Group (Marketing Director, Brand Manager, Country Manager), then in the IT Sector. Since then she has combined an academic role, as Assistant Professor and then Associate Professor, currently teaching Brand Management, Marketing and Luxury Management and Marketing Research for Executives and in the Lisbon MBA and Masters Programs, with executive roles in the School and the Lisbon MBA. Catherine da Silveira is currently Academic Director of CEMS at NOVA SBE.

see articles
Professor of Governance and Banking at Nova SBE Executive Education and Nottingham Business School, and holds a PhD in Business Administration (Nottingham Business School) and an aggregate degree (Universidade Nova Lisboa) in Corporate Governance and Decision Making. He has wide experience in management positions and supervisory bodies, executive and non-executive director, and is a Chartered Accountant. He has published scientific publications in international journals, namely on Governance and Mergers and Acquisitions. To be published in 2021 the "Manual of Corporate Governance - Theory and Practice for Scholars, Executive and Non-Executive Directors", Duarte Pitta Ferraz & Manish Adhikari.

see articles
He has held positions of General Manager at Vileda Ibérica Portugal, Henkel Ibérica Portugal and Sara Lee Household & Body Care, where he was responsible for the Portuguese and Brazilian operations. He was until the end of 2004 President of Sara Lee Household & Body Care Italy in Milan. Since 2005 he manages his own consulting company. He has been teaching since 1991 at the Faculty of Economics. He is currently Visiting Assistant Professor at Nova SBE.

see articles
José Tavares is a professor of conomics at Universidade Nova de Lisboa and an affiliated researcher at the Centre for Economic Policy Research (CEPR) in London. He obtained his PhD in Economics at Harvard University, specialising in Political Economy and Macroeconomics. He has taught at Harvard University, the University of California Los Angeles (UCLA) and Catholic University. José's research focuses on a wide range of issues, including the relationship between democracy and economic growth, the macroeconomic cost of gender discrimination, and the role of globalisation in fighting corruption, and has been published in academic journals including the Journal of Monetary Economics, the Review of Economics and Statistics, the Journal of Public Economics, and volumes published by Harvard University Press, MIT Press and Princeton University Press.

see articles
Family business researcher. Teaching Assistant @ Nova SBE. Ph.D candidate in Organization Studies @ Nova SBE; M.Sc. in Applied Management @ Católica Lisbon School of Business and Economics. Her research interests focus on the field of family business, namely, the founder's long-lasting imprints and influence across generations, the interplay between founder's influence and innovation, between emotional dimensions and organizational behavior, as well as the strategic use of historical narratives.

see articles
Miguel Pina e Cunha is Professor of Organisation Theory and Organisational Behaviour at the Nova School of Business and Economics. He is the author and coauthor of several books and wrote "The virtues of leadership: Contemporary challenge for global managers" (Oxford University Press, 2012), which received the 2015 European Management Review best article award.

see articles
Milton de Sousa is a professor at Nova SBE, where he co-founded the Leadership for Impact Knowledge Centre. He has also held the positions of Associate Dean for Institutional Relations and International Development and Academic Director for the CEMS MIM programme. Among other organisations, he has worked with NATO, the World Bank, the European Commission, the UN and several international universities.

see articles
Executive Coach @ TIP Coaching. She has 16 years of corporate management experience at local, regional and global levels, most recently as Vice President of Human Resources for Bacardi Group Global Operations. As a Coach, she specialises in: supporting leaders to maximise their individual and team performance levels in complex transformational situations and to prepare for future leadership roles; supporting professionals hired externally or promoted internally to a new role in ensuring effective integration and sustainable performance; supporting other women in leadership positions to leverage their potential and progress their careers effectively.

see articles
Pedro Neves is a professor at Nova SBE, where he teaches Organizational Behaviour, Persuasion, Negotiation and Entrepreneurship, and collaborates with several executive programmes. He holds a PhD from ISCTE and completed a post-doctoral program at the University of Delaware. His work has been published in several journals, such as the British Journal of Management, Journal of Applied Psychology, Journal of Occupational and Organizational Psychology and Human Resource Management. He has published and edited six books.

see articles
Pedro Oliveira is professor at Copenhagen Business School and guest professor at Nova School of Business and Economics. He is also founder and chairman of Patient Innovation (www.patient-innovation.com), co-founder of PPL Crowdfunding and board member of Environment and Sustainability at EDP - Energias de Portugal.

see articles
Director for E-Commerce and Digital at PepsiCo

see articles
Specialist in Education, Leadership and Human Potential, belonging to the faculty of Singularity University Portugal. He is a visionary and entrepreneur with over 30 years of experience in business leadership. Terry is an inspirational motivational communicator and has lectured in Asia, North and South America, Europe, Australia and Africa. He is avowedly passionate about education and entrepreneurship. He is also a lecturer at NOVA SBE, teaching the secrets of networking to Masters students. He co-founded The Brave Generation Entrepreneurs Club for children, with partner Tim Vieira, with the aim of inspiring young people to follow their dreams with confidence. 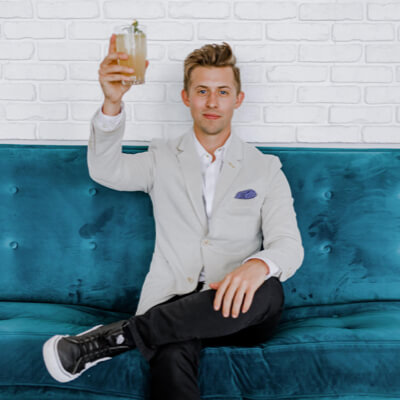 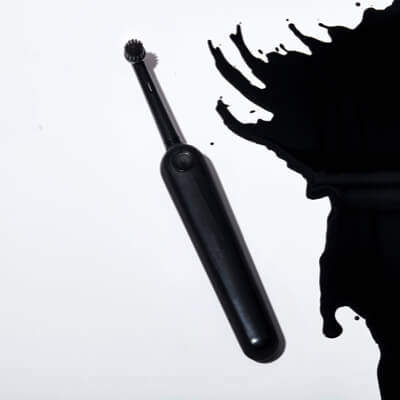 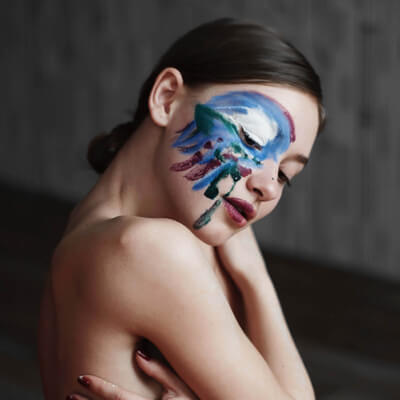 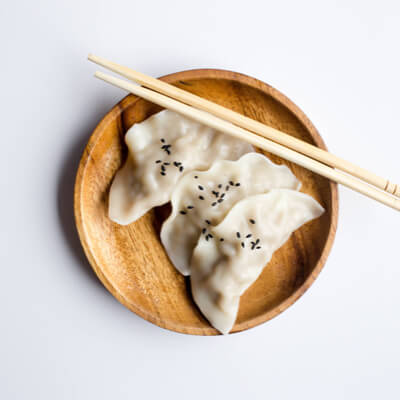 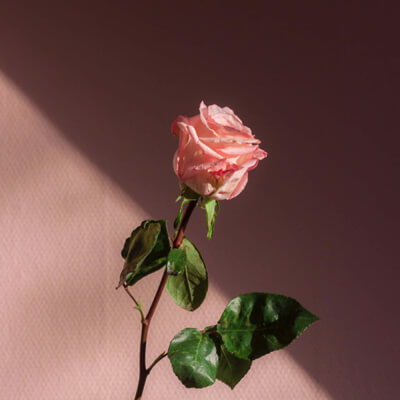 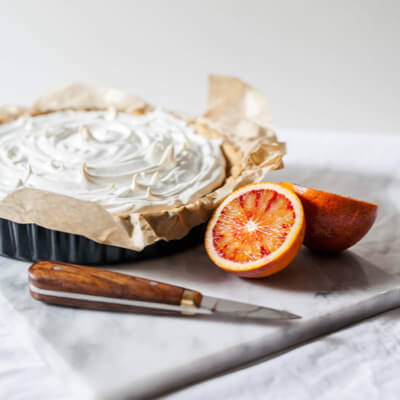 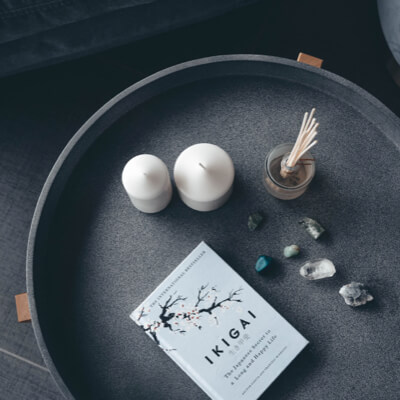